How much money do you need for retirement? 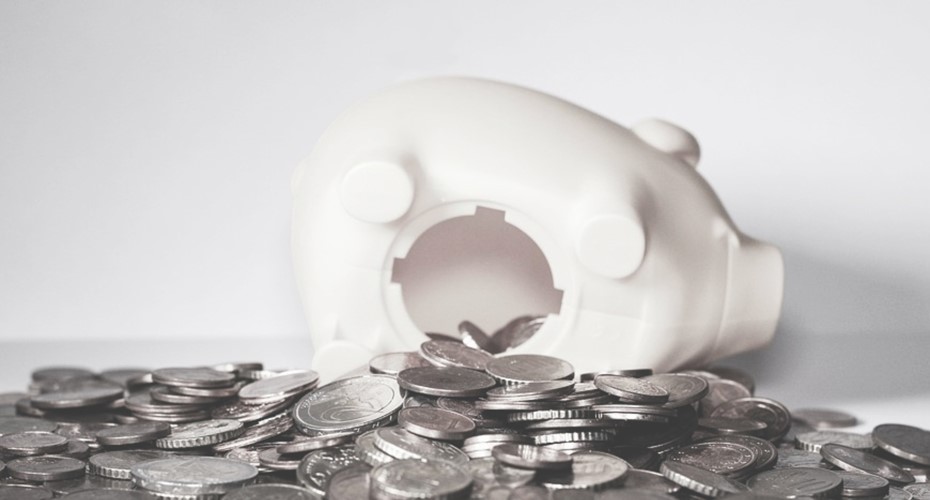 I’ve seen numbers like $1million floated around. If you accept that you’ll gradually run down capital in retirement, then the numbers are much lower and realistic.

We ran our own little financial anxiety survey and only 9% highlighted retirement as their main financial concern. Not surprising given the age of most of our pollsters. The ANZ Retirement Savings barometer (a proper survey) shows that 18% of kiwis plan to live solely on NZ Super. 40% of us are confident about our retirement savings, and 61% believe NZ Super is enough to retire on.

How much do we need?

NZ Super pays $600 per week for a married couple. It is not asset or income tested – all kiwis get NZ Super – and it is tied to 66% of the average wage.

University studies suggest that a retired couple need $770 per week on a moderate budget. NZ Super is great, but it leaves retirees short at least $170 per week.

According to Statistics NZ, the average retired couple currently has $60,000 in savings. 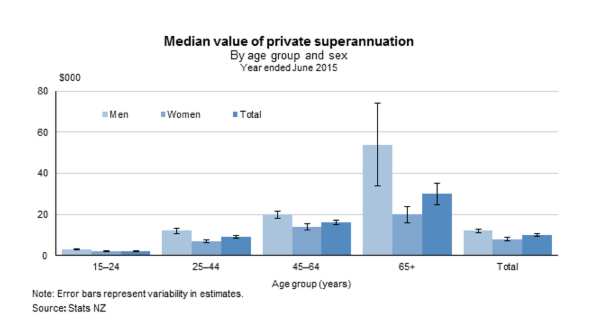 At a minimum, we currently have a $120,000 gap that near-term retirees will likely close by downsizing. To free up capital and improve quality of life, retirees will migrate away from Auckland and Wellington to places with lower house prices and lower costs of living.

For those lucky enough to own property in one of our major cities, they will have had 30 years of property appreciation. The 2013 census shows that 75% of people over the age of 65 own the dwelling they live in. The median net-worth of retires over 65 is $288,000 per capita and that has likely increased significantly since then given property appreciation.

For our clients, let’s assume that you will also own your own property debt-free by retirement. In real terms that property is likely to be worth more than $1million and so will also form a core part of your retirement savings.

Looking forward, KiwiSaver is critical for our future especially as home ownership rates fall. On a combined income of $120,000, putting in 3% combined with your employer’s 3% from the age of 40, you’ll save $245,000 (in real terms) by retirement. If you were to invest that in a Lifetime Guaranteed income product you’d receive an extra $235 per week for the rest of your life.

We’re lucky in New Zealand because NZ Super is not means tested. It is a universal amount that equates to 66% of the average wage. We also have a free public healthcare system. In contrast, in the United States, medical costs consume up to 33% of income in retirement, so in a lot of ways we are better-off.

But our benefits are also a looming cost for the economy. NZ is clearly facing much higher healthcare and NZ Super costs. The number of kiwis over the age of 65 will double from 650,000 to 1,286,000 by 2039 and incrementally cost us $10 billion a year.

The NZ Super Fund, which is the Government’s backstop, sits at $34 billion, which is not nearly enough. The government ceased contributions to it in 2009. We’ll need that increasing to $150 billion if we’ve got any chance of covering these costs. I’d like to think that this will be prioritised ahead of tax cuts!

The retirement age will gradually increase from 65 to 67 starting in 20 years’ time. That makes perfect sense given increasing life expectancy.

The other political answer (whether intentional or unintentional) appears to be population growth. We’re lucky that we can grow our working population to support our growth in retirees.

Keen to receive articles like this in your inbox?

Wondering what Squirrel does exactly?

In a nutshell, we've been mortgage broking for over 10 years. Whether it's helping young rookies get into their first home, advising big shot investors on their portfolios, or giving a helping hand with upsizing/downsizing, we've basically seen it all.

And over time we've added other carefully chosen products to our offering like insurance, peer-to-peer lending and peer-to-peer investing.