Christchurch – a new lease on life 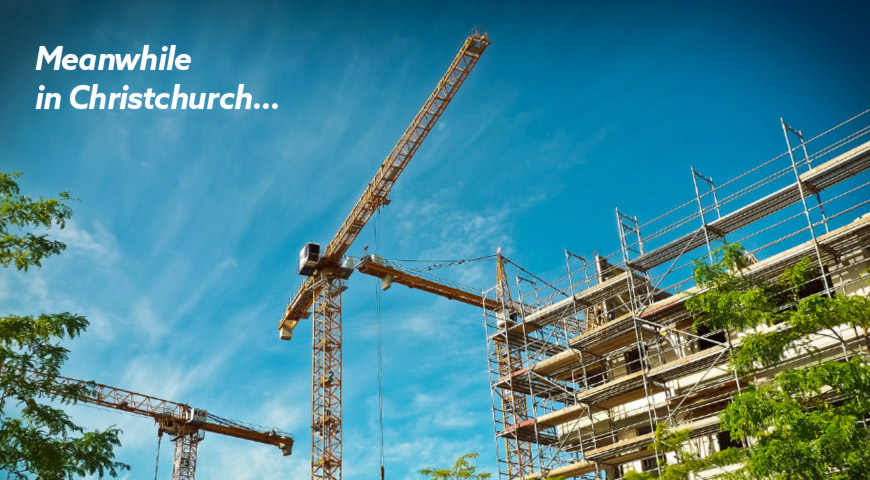 So often I talk about investment from an Auckland perspective because that’s where I’m based and that’s where I’m most familiar. However, I’m lucky enough to have some strong working relationships across the country - in particular Christchurch. So here’s a slightly different perspective for a change.

Talk to people outside Christchurch, especially those who haven’t been there since the earthquakes, and you’ll come up against nervousness and a closed-minded mentality. A mentality that suggests the city is going nowhere and isn’t worth investing in. I can say that, because up until recently, I was one of those people. But as I write this article I’m sitting in an office on St Asaph Street, not far from the middle of the new Christchurch city centre. The place is buzzing. There is an energy about Christchurch that’s getting more than just my attention.

When I got here, I jumped in the back of a local builders’ Hilux and drove around countless property developments happening within 1km of the city centre. Some developments are finished, some have just started and some are still just bare land. All of the ones that have been started are completely sold out. This builder in particular has over 100 properties under construction and every single one of them is sold. There’s a waiting list for future developments. Most of these are being sold to investors and the numbers are strong. One of the buyers purchased a 1-bedroom townhouse in December for $370,000 and is making over $700 per week from Airbnb with a 100% occupancy rate!

In the next two years some of the bigger projects are set to be completed or be nearing completion:

These are just a few of the exciting developments nearing completion which will bring even more life to the city that’s battled since 2010. All of these will push up demand for central city living in Christchurch and as more and more of the redevelopment gets completed the growth in the city can only go one way.

Population hovers around 350,000 at the moment which, compared with big brother Auckland, is still small, but this is expected to grow and I’m not surprised. The great thing as well is the number of young, hardworking millennials and gen Y’s who are bringing a higher level of energy and creativity.

I’m by no means saying to drop everything and invest in Christchurch, but I’m certainly saying be willing to take a look. It’s not a city that once was. It’s a city with a buzz, a drive and an ambition to be better than it was before. We could all do with a dose of that in our lives and if you ask me, they’re absolutely achieving that.