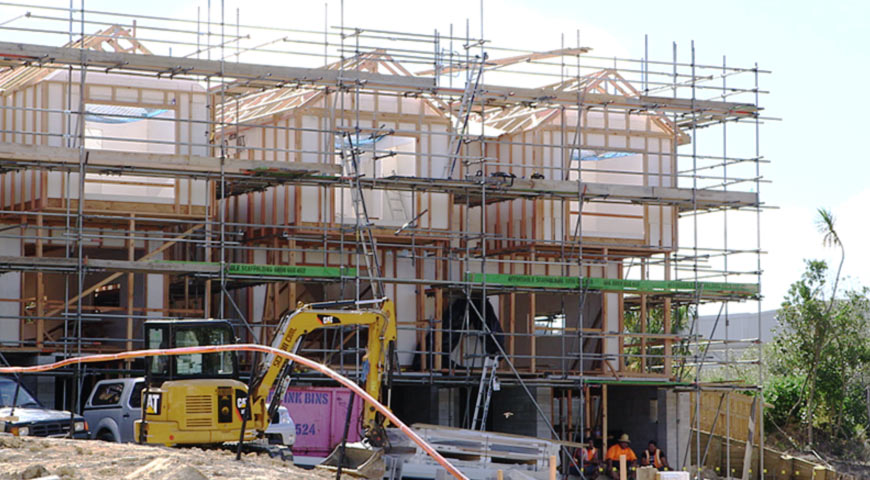 Here I am almost three and a half years into my first decent size property development. Although the end is in sight, it has been painfully slow, like watching paint dry. It's been hard work from the start.

We spent the first two years fighting the council to get resource consent. Eventually we won after going to the environment court twice but it was an expensive exercise and cost around $650,000.

80% of the townhouses were pre-sold (bank condition of finance.) We then had to try and build them in what has become a ridiculously expensive market. Only one builder tendered with a viable cost to build. The first issue with our lender was right upfront. They refused to settle the land until we were fully ready for construction drawdown even though we could easily service the debt on other business income. But we weren’t ready to build, so as a result had to get second-tier “asset lending.” That cost us over $200,000. The delay in settling the land into the bank also delayed starting earthworks on the site. As a result earthworks was done over winter and required lime to stabilise the fill. Click another $200,000. Let alone the general cost of delays that I’d put at another $200,000. So that's $600,000 of cost directly or indirectly as a result of initial delays around finance and finance conditions.

None of the big building firms could build at a viable cost, so we opted for a “no-name” builder. They had worked with triboard, but never on a project of our size or complexity. That was a risk but manageable. The bank was nervous with an unknown builder so we agreed to pay sub-contractors directly. That sounds good in principle, but in reality its hard to marry up progress certificates with lots of supplier invoices. Often the total invoices would be greater than the certified progress on site (which determines how much funding the bank makes available.) This made it tough on our head contractor's cash flow.

Progress on site began to slip as they juggled their expenses and at one stage we had suppliers on stop. As the Developer we had to step in to get things back on track. It feels like this is normally where projects go pear-shaped - cash flow issues. Luckily we've been very well prepared. I think we've also been lucky to have other businesses we could fall back on for cash flow so we've been less reliant on the bank at key junctures. Having cash flow when things don't go to plan is really important.

Working with the bank has at times been frustrating, especially when it comes to development funding. It can be hard getting straight answers as you're often not directly dealing with the decision-maker (who sits in Credit.) We'll need an extra $400,000 from the bank to get over the finish line and I'm sure we'll get it. But even now that feels like getting blood from a stone.

To put the risk in context we have pre-sold 90% of the townhouses, the project is over 70% of the way through with about 9 weeks of build left, and there's about $4m of equity (and a modest profit) ahead of the bank. To me the risks are minimal. So, we're busy running around doing paperwork to get the extra $400k. If we don't get it, then there is Plan B or Plan C. With development it always pays to have back-up plan and a back up to the back up. Now, back to that day job!