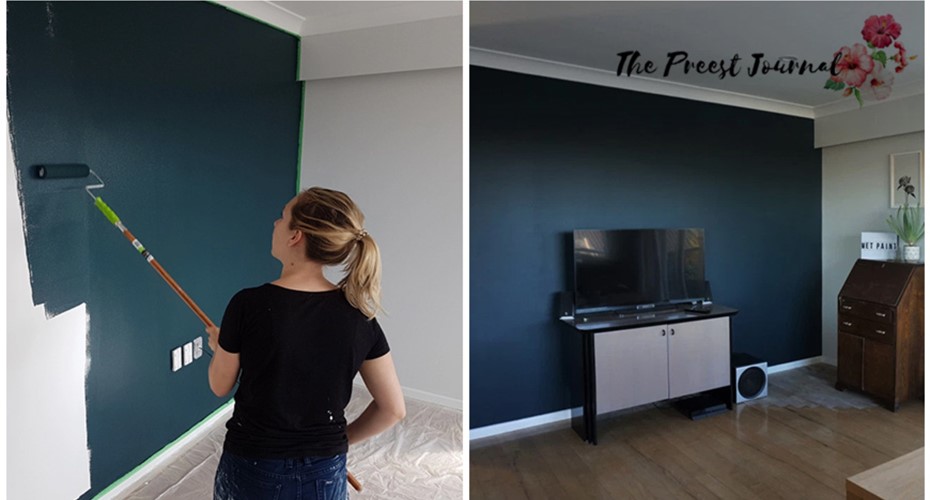 We have been slowly chipping away at the lounge and dining room. This room was supposed to be finished months ago (as in we started in January). However, we got carried away and in the process of removing the pointless corner wall, we thought hey, what the hell! Let’s just re-line the whole room!

So here we are in MAY. We ended up plastering the walls ourselves. And when I say we, I mean Dom. I sanded and prepped and painted. But the plastering; that was all done by Dom. I did try my hand at it in the beginning, but heavens I was bad. I know most people would pay to get people in to plaster, but we are fairly skint and would rather spend that money elsewhere. So poor Dom got lumped with that job. And bless him, he went over and over those plaster joints to get them just right. There was one particularly horrific one, where the old gib board meets the new gib board, which inevitably means there will be a raised area where the plaster goes. Dom spent days trying to get it smooth. And then just when I thought it looked pretty good, he would rip that sh!t off and start again!

He didn’t just do that with the one joint, he did it with most of them. Which is why we are in May now. Also I was about as much use as Trump and tended to make things worse rather than better. In the end we ripped out the corner wall. Ripped out the old coving which might as well be made of iron and steel and took two days to remove. 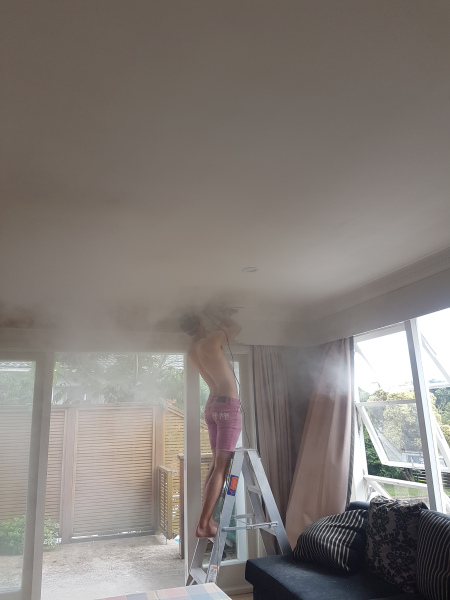 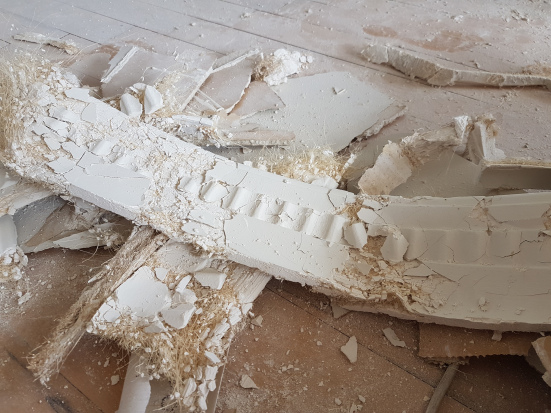 We relined and replaced/filled in some insulation, then we sanded and sanded until we could sand no more (that’s a lie, we could have sanded much more but sanding is the worst). And then finally, painted. 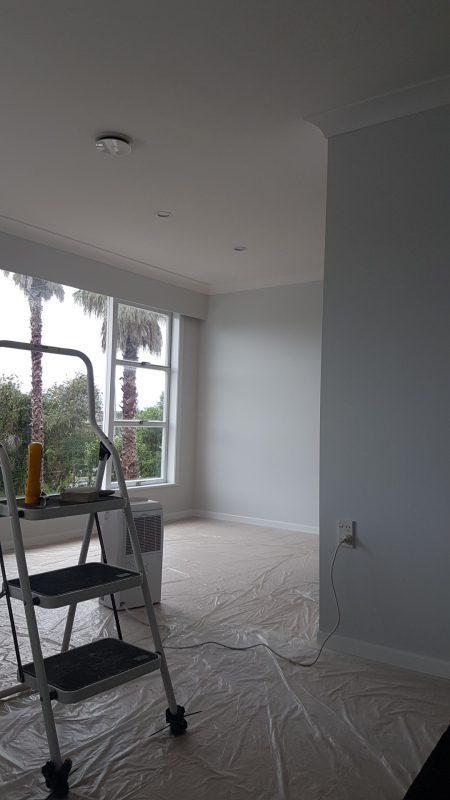 The heat pump is being installed in about a month and our next project is the hallways. With seven doors. Seven. We haven’t even finished the one for the lounge. So you know, the next post may not be until October sometime.

So here we are: the ALMOST finished product.

Please use your imagination with lounge. Picture it to have a beautiful soft grey couch and dark timber entertainment unit, with a big fiddle leaf fig in the corner, that we will probably have to sell our first born to afford. (Why are those plants so expensive)?! Also please picture a big rug under the coffee table. I have my eye on one from freedom that I need. 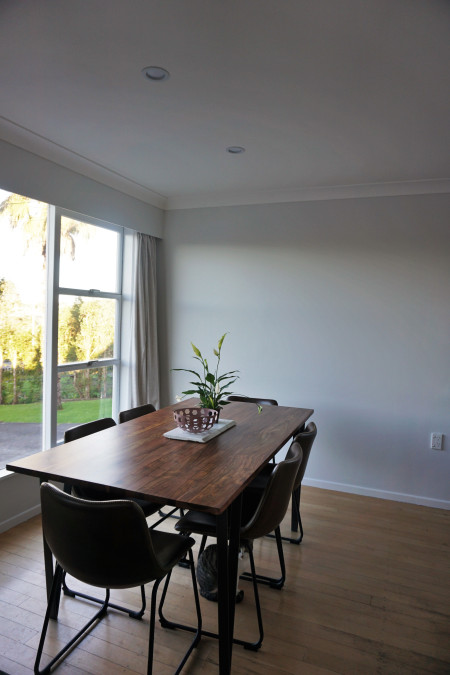 I do feel I need to address the feature wall. Just the term ‘feature wall’ makes me think of the early 2000’s and patterned wall paper. Our thoughts behind it were that we wanted to do something a little different, but that was still fairly simple and minimal. I really love how it has turned out. Kind of blue, mostly green (unexpected, but paint is always a bit unexpected) and really dark and moody which is perfect.

The final colours we chose were Dulux Manorburn Half for the walls, Okarito for the ceiling and trims, and Tutukaka for the feature wall.

We almost got custom made curtains but ended up buying ready-mades from CurtainStudio since custom would be almost double the price. They need hemming up desperately but I’m waiting until my mother comes to stay so I can rope her into helping/teaching me how to do it (or doing it for me, but don’t tell her that).

A little bit of parting advice for you. Pick a small room as your ‘learning room’. Rather than, you know, your main living area.

This blog was written by Alisha Preest and has been used with her permission. You can view the original post and others from the series here.