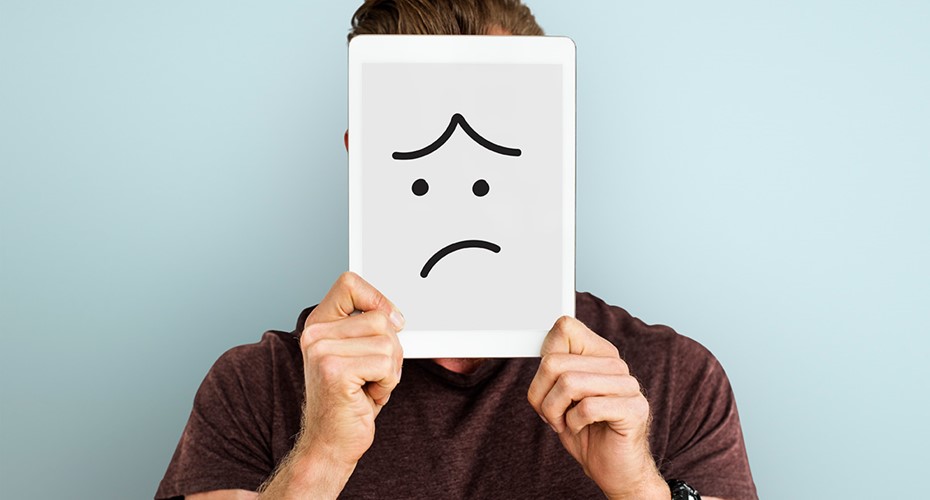 It’s been called our largest and most expensive man-made problem – and even though it first came to light nearly 30 years ago, New Zealand’s leaky homes saga stills casts a pretty grim shadow over parts of the housing market.

Experts reckon there are roughly 174,000 homes around the country with watertightness issues, and that the total cost to fix them will ultimately be somewhere in the realm of $50 billion.

That’s just for residential buildings, by the way. Commercial and school buildings are a whole other kettle of fish.

The crisis has had a lot of news coverage over the years, and so most Kiwis will have heard a thing or two about it, but if you’re looking at buying (or selling) a leaky or at-risk house and want to school up on the things to watch for, this guide is for you.

So, how did the leaky homes crisis start?

The crisis is the result of a bit of a perfect storm of factors which played out between the mid 1990s and early 2000s, where timber-framed dwellings were often built using materials and practices that weren’t up to scratch under the New Zealand Building Code.

Over time, that’s meant these dwellings – both homes and apartments – haven’t stood up to New Zealand weather conditions, and as unwanted water has made its way in, that’s created all sorts of havoc.

There are three major factors behind the leaky homes crisis:

You can tell monolithic cladding by its unbroken, seamless finish. In essence it’s a blanket term for any cladding technique where materials such as plaster, stucco or fibre cement are applied over a backing material such as plywood, polystyrene, cement or building paper.

This style of cladding is much more prone to cracking, as materials expand and contract with weather and temperature changes. Watertightness issues are particularly common at any junction where the cladding meets other materials like a window frame, roofing or decking / balconies.

If left untreated, those cracks will let in water; and without proper drainage in place, that’s going to lead to all sorts of nasty problems. We’re talking dampness, water damage and mould, right through to rotted framing and structural damage (and the potentially massive safety risks that go along with that). 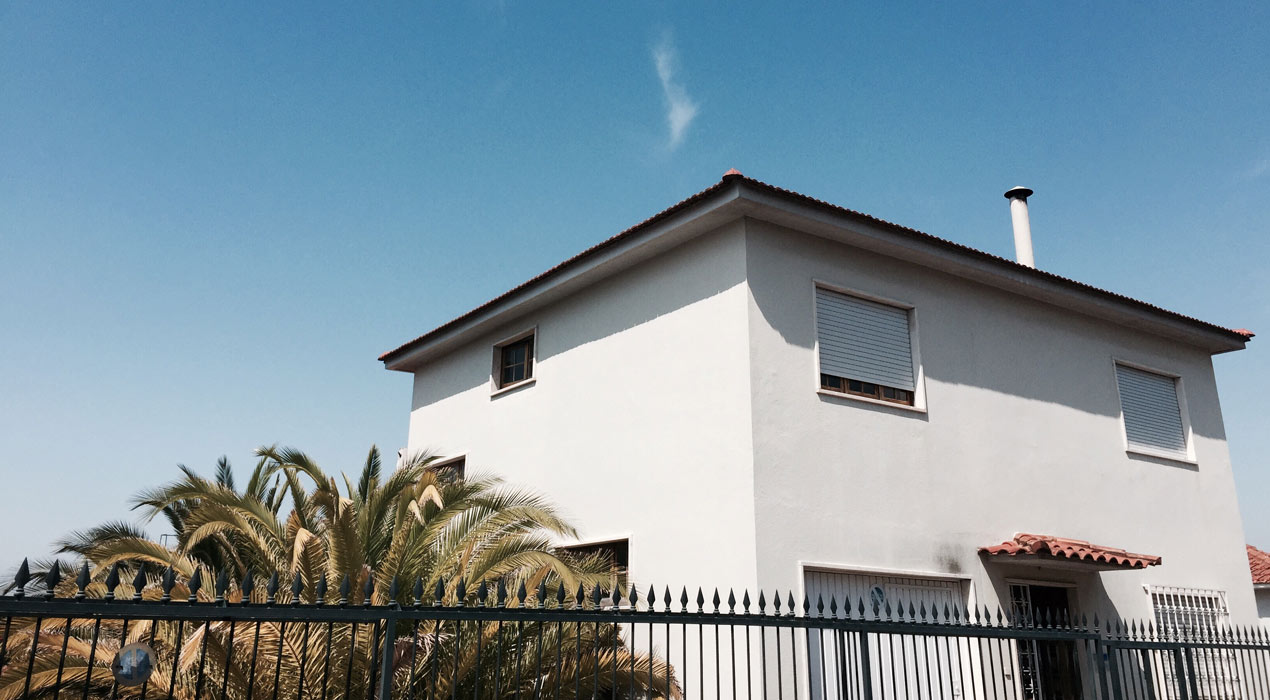 Us Kiwis have had a pretty passionate love affair with Mediterranean-inspired homes over the years, but unfortunately the monolithically clad, flat roof design just isn’t really cut out for wet New Zealand weather.

In homes built before 2004, this cracking issue was compounded by the fact that cladding was often fixed directly to a building’s wooden framing, with no cavity system.

This made it incredibly easy for water to become trapped between the cladding and framing, creating a breeding ground for mould, and for framing to rot.

To make matters even worse, there was a period between 1998 and 2004 where it was legal to build houses using untreated, or lightly-treated wood framing. That meant mould and rot was pretty much a given if the wood was exposed to water for any length of time.

3. Design issues to watch for

Water tightness issues in a building can make themselves known in a whole lot of ways, inside and out. Check out Settled.govt.nz for more info on the warning signs to look out for, and other risky design features to be wary of.

Will banks lend on leaky homes?

When it comes to getting bank approval to buy a monolithically clad house, you’re going to have your work cut out for you.

Not only will they want to assess the purchase, but they’re also going to be looking at your ability to borrow money to do any necessary fixes in future.

First thing’s first, you’ll need to get a building inspection report done. You don’t need a qualification to be a building inspector in New Zealand, but the banks will only accept assessments from certified watertightness inspectors. So choose wisely – and don’t get caught out.

If the building report looks ok, we can probably fund it. For first home buyers, you’ll need at least a 20% deposit, but really the bigger the better.

In the event the report finds any watertightness issues, it’s going to be an immediate no, unless you’re a builder yourself or you can accurately quantify the remediation costs (and show your ability to borrow to meet them).

If it’s a no-go from the banks, it might be possible to use a non-bank or asset lender at first, until the remediation work has been done – and then pass it back to a bank. Chat to your mortgage adviser to find out what options are available to you.

On the surface, plaster-clad homes can look like amazing value for money – and there will be times when buying one makes sense, for the right price – but there are things to keep in mind.

Not all monolithically clad properties are created equal.

You don’t want to waste time and money doing due diligence on a property that the bank is just going to turn down.

Anything built between the mid 1990s and 2004 is going to be high risk, so it’s probably worth steering well clear. The worst of these are going to be those architectural properties with flat or fancy roof designs, with lots of joins or no eaves.

After 2004, we saw the use of cavity systems and treated framing become the standard, so anything built after this is going to be a safer bet.

Simply designed properties, with eaves, are probably your lowest risk in this category – especially those that are a mix of brick downstairs and monolithically clad upstairs. 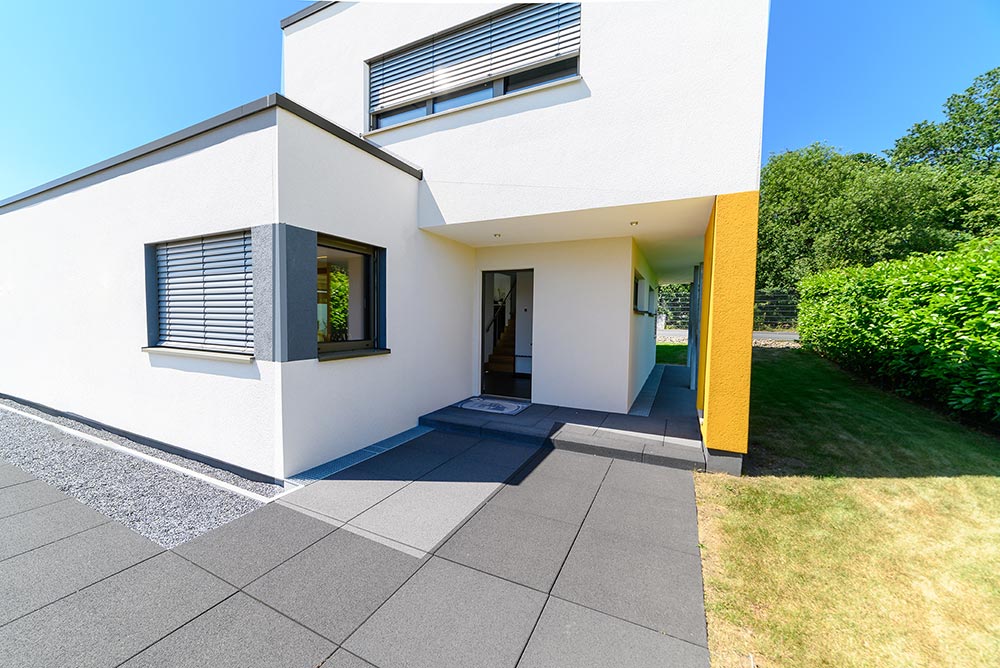 Sure, it looks good – but if they’re from the leaky homes era, architecturally designed homes like this one tick a lot of the boxes when it comes to things to steer clear of. Monolithically clad + flat roof + no eaves = no go.

It should feel like you’re getting a good buy.

Even if it’s not leaking now, that doesn’t mean it won’t in future. In fact, it’s pretty much guaranteed with any at-risk property that you’ll need to reclad at some point down the line – and that should be reflected in the purchase price.

Typically, monolithically-clad properties should be priced 10-15% below what the same house would be if it had a different cladding system. That goes even for the better-constructed ones.

If monolithic cladding has been used for just a minor part of the property (which we see a lot of with brick builds), don’t expect that to have any impact on the price.

Monolithic cladding needs a lot of looking after. Proper maintenance means watching closely for (and dealing with) any cracks and gaps that might crop up over time, and repainting the dwelling at least every 6-7 years.

How much does it cost to reclad a leaky home?

The price tag for a reclad can vary hugely depending on a few different things – from the size of the property, to the extent of the water damage, and who’s doing the work.

But if you’re not an expert, like a builder, it’s going to be expensive.

If the property was built using untreated framing, and the cladding was direct fixed, chances are you’ll pretty much have to demolish and start from scratch. That’ll set you back somewhere in the vicinity of $300 - $400k.

If the framing was treated, that will probably still be fit for purpose, but redoing the whole cladding system still won’t come cheap.

So, should I buy a monolithically clad house?

In short, don’t buy unless you know exactly what you’re getting into. Do your due diligence and get the right experts on board to help you make smart, informed decisions.