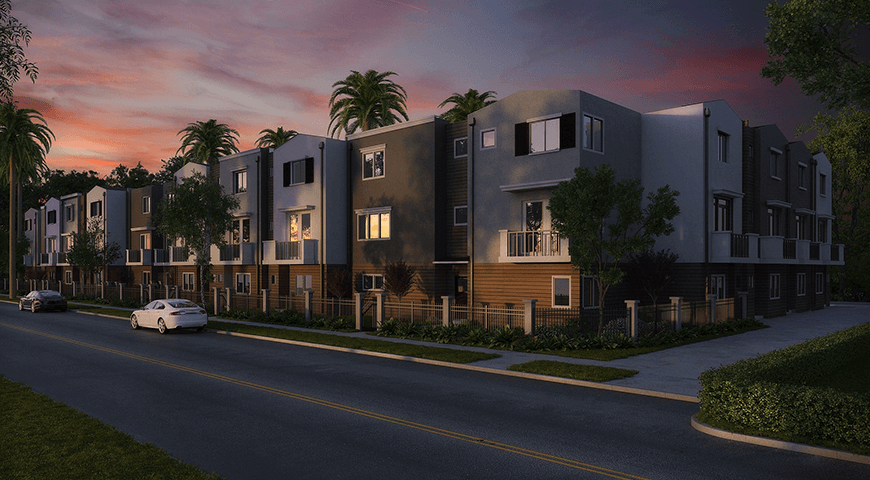 It’s time to pull out the crystal ball and talk property prices. With house prices falling in Sydney (4.5% in the past year), the question is, will the same thing happen here? For this post I thought I’d develop a bottom-up ‘economic’ model.

(You should also check-out my other blog post on the Fallacy of house prices doubling every 10 years.)

Ok, so for my price estimator I’m going to assume an ongoing shortage of supply that will keep prices at their “affordable maximum.” The affordable maximum is the maximum amount a homebuyer can afford based on their income and a 10% deposit. To me, the affordable maximum, when combined with understanding the cost of intensification, gives a steer on house/land prices. I’ll explain this a bit more as we go.

Developing property is hard and risky

Anyone in property development long enough will have serious scaring. Development is cyclical and goes from boom to bust. Developers tend to take on too much risk and invariably go bust at some point. Those that are successful are not defined by one project, but how and when they get in and out of the market.

Whilst lately a few notable construction companies like Fletchers and Ebert have hemorrhaged cash flow, this is only the start of the bloodletting. In time, it will move from builders to land developers and speculators.

Builder get caught out early because they do fixed price contracts during the boom and get hit with capacity constraints, delays and higher build costs. As the market slows and the forward order book reduces they need to lose costs quickly which is why the whole industry is made up of sub-contractors.

Over the past eight years, construction prices have risen 38 percent with labour costs up 18 percent.

As capacity starts to free up in the market, competition should release at least some of this price inflation as it’s not driven by fundamentals.

The problem for developers is they get caught left holding land they paid too much for, or with projects they can’t sell. It is expensive to hold a development project, especially when it has debt funding. During the GFC, developers who were forced to sell into an illiquid market were toast. That’s how the rich get richer; buying up cheap land off bankrupt developers for 20 cents in the dollar. They aren’t leveraged and can have the patience to wait it out.

What about land prices?

Thanks to the unitary plan there is no shortage of land for intensification. Whilst supply is up, demand from developers is reducing. Land has poor holding yields. Nobody wants to hold projects.

On the other hand, borrowing costs are high and banks and finance companies are tough on credit. Finance companies charge all up funding costs of around 11% per year, which gets expensive when it’s held too long.

The easy exit (aka pass-the-parcel to a speculator who’s dumber than you) has disappeared. I am seeing more ‘dumb’ speculators trying to sell. Time will eventually catch up with them and some will ultimately go bust.

Dumb foreign money has fueled our market but a wide range of changes, including foreign buyer rules, tightening up of anti-money laundering rules to include real estate and tighter credit markets have killed it off. With the money out of the market, eventually we must get back to fundamentals and that could hurt a bit.

So, what is land really worth?

For the most part, the optimum use of residential land will be townhouses at 1 per 150sqm. So let’s use townhouses as the “currency” of intensification. For example, a traditional full site of 800sqm can be divided into 5 townhouses.

The first point is to establish an entry-level price. What is the price an average first homebuyer could pay for a townhouse in Auckland? This will differ across the city. For now, let’s use $700,000 (and I’ll explain that later).

In a tight market, smaller developers will cut margin to stay busy. Equally, with a lack of available property, some buyers will stretch to higher prices.

The observation that current prices are “uneconomic” is valid, but it doesn’t mean prices will fall. Owners won’t sell and developers won’t build. It’s a stalemate. I can’t see anything on the immediate horizon that will force the status quo to change, but at some point we will have another nasty recession.

How long will it take to work through the stalemate?

Assuming no land price inflation, and growth per capital at 2.50% (income growth) it would take about five years to get to a point where current land prices become marginally economic.

Developers will struggle along with us materially under-building and that will somewhat insulate current prices. Larger sites and “developer opportunities” will need to be sold based on economic value which will mean lower prices or more intensification.

With little in the way of new stock in the city, rents will continue to gradually increase and prices will stay flat.

My economic model comes down to affordability for those that can afford to buy – we’ll call them the market price for entry level townhouses.

Fundamentally house prices come down to what people can afford to pay. My hypothesis with my ‘townhouse’ currency is that this is owner-occupied. Without capital growth and with a low rent yield it doesn’t make sense for investors.

If we assume a first homebuyer income of $140,000 with one child, 50% of after-tax income would suggest an ability to pay $4,375 per month on a mortgage. Assuming an interest rate of 7.50% and a 30-year term, that equates to real borrowing power of around $625,000. (Bank affordability calculators suggest these guys could borrow over $900,000 but that’s plain wrong.)

Allowing for a 10% deposit, that puts these buyers at $700,000. A bigger deposit will increase the price they can pay but not the amount they can borrow. Increasingly, to stay in Auckland city, this buyer will have to accept that a townhouse or unit or apartment is the only option.

As we move into other parts of Auckland and the household income drops, so too must townhouse values. If the average household income in South Auckland (amongst those both working) is $110,000 then the maximum borrowing power (again at a stretch) is $500,000. That puts a sales price on it of $560,000. South Auckland prices aren’t there yet and that’s why I think prices need to fall.

Prices on development land will come off 10%-15% from peak and the price of new stock will gradually fall to meet the market. That will be driven by lower margins and lower input prices. However, in the absence of a trigger, the broader market will likely bump along in a stalemate for the next five years with little or no price appreciation.

Given a lack of turnover, headline prices could temporarily fall 5%-10% in some areas but like post GFC they will recover again. I’m not in the school that prices need to fundamentally collapse. This ignores the need and cost of intensification and it ignores the fundamental shift to lower equilibrium interest rates. Check out this post.

In other words, more of the same.

House prices won’t fall further, because current prices are mostly explained by low interest rates, and my view is that low rates are here to stay given debt and technology lead deflation.

We will continue to undershoot construction activity, which will underwrite house prices and mean that prices will be governed by affordability.

Ultimately, developers are going to have to adjust what they have been building to deliver houses that buyers can afford. That will come from intensification (more townhouses) and lower land and construction prices.

Are you looking to buy your first property in 2019? Our mortgage brokers NZ can tell you what you need to know as a first home buyer. You can also use our home loan calculator to estimate how much you can borrow for a house, and what your repayments would be. 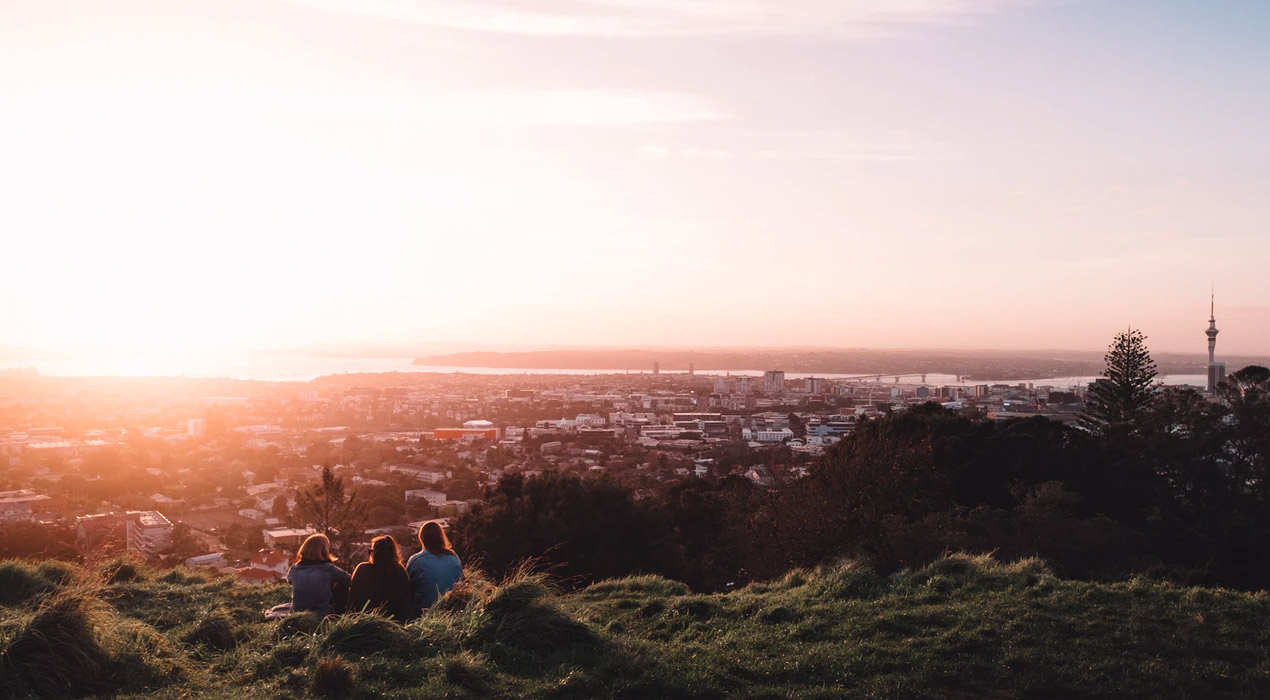