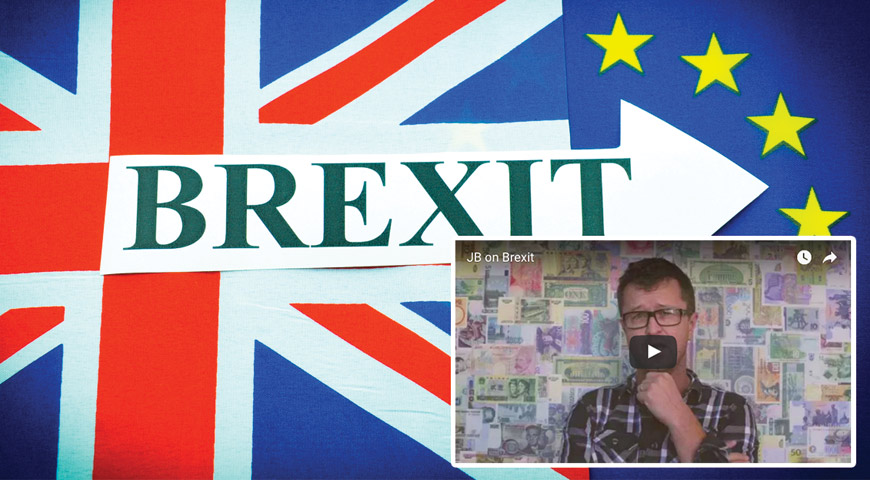 Take a look at JB's vlog on Brexit here. The Global Financial Crisis in 2008 was centred on the world having too much debt and yet today there is even more debt and more inequality.

We all feel something isn’t right with the world, but the game keeps playing. We simply cannot keep borrowing more, even with low interest rates. Eventually it doesn’t matter how low interest rates go, the piper must be paid. Borrowing money essentially steals from the future. Borrowing now means we have less spending power in the future as more of our income is diverted to paying off debt. This hits countries like China. Its economy relies on consumerism. And a slow down in China then trickles down to countries like New Zealand as lower commodity prices. Long-term, low interest rates are toxic to the economy. They push money into assets like shares (at record highs) and property (at record highs).

In my mind, this whole approach to economics is stupid. Pushing up asset prices makes the rich richer and that’s what has happened since 2008. We’ve made the rich richer and saddled up the middle-class with even more debt. The media are jumping all over the Auckland housing market, but this is not an Auckland problem – it’s a global problem and it exists in many of the world’s most popular cities including in the United States. There’s lots of talk at the moment on an Auckland house correction. It’s mostly shallow dribble based solely on high prices.

I particularly dislike selective and misleading comparisons with places like Dallas in the United States. In San Francisco (which has high economic growth and a housing shortage) house prices are 50% above 2008 and nine times income. All the meanwhile a growing part of our population (and populations around the world) are feeling completely disconnected. They are up to their eyeballs in debt. They’ve had no real income growth for 20 years, and they feel stuck on a treadmill. We have fed them a diet of reality TV, bitchy magazines, and a commercial ‘tabloid’ media that sells them fear. We always hear about the negative impact of drugs, but what about the impact of tabloid media on how it warps people’s view of the world? So here we are.

Democracy is a really simple concept and sometimes it plays its hand. I’d almost lost faith in democracy until we had BREXIT. It’s almost besides the point whether the UK leaving the EU is a good thing or a bad thing, or if the voters even knew what they were doing. For the first time in a very long time, ordinary people delivered a wake up call and their vote mattered. Trump will be another wake up call and I increasingly think our government will have a wake up call here in New Zealand too. Deep down we all know the system is broken and we’re tied of smiley politicians painting hyperbole over the cracks.

The UK will survive BREXIT. Let’s be honest the EU is a basket case anyway. Its politicians appear as stuffy political elites; they endlessly procrastinate and do nothing much. With some heavy global economic challenges still ahead, the UK may in fact be better off steering its own ship. Take a look at JB's vlog on Brexit here.