The development opportunity in terraced housing 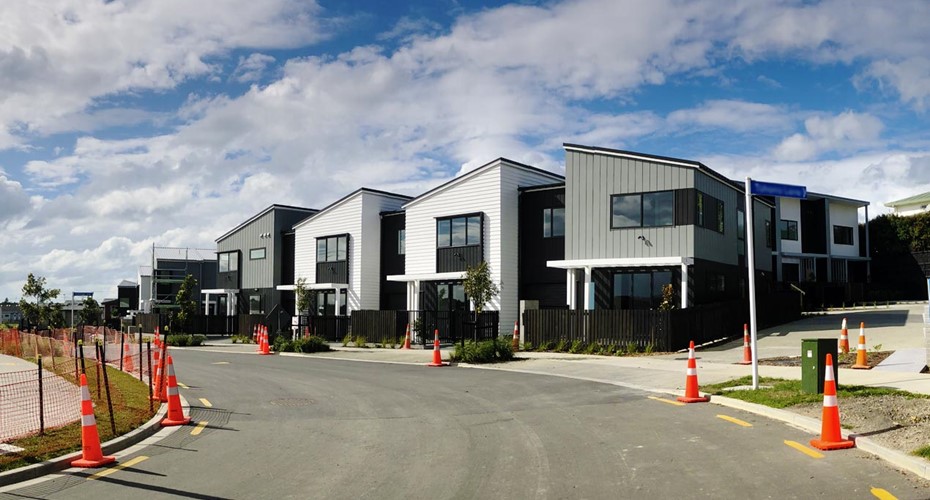 The changing nature of the housing market has seen a rapid increase in the amount of terraced housing under development. Even experienced developers like terraced housing.

Unlike a bigger apartment project, they are faster. A developer can buy the land, get the consent, sell and build the units all within 12 months. They can easily have multiple projects on the go at once. Townhouses are easier to sell, and easier to fund.

A big project like an apartment building could take a developer three years to secure the land, get consents and build. In the meantime, market conditions could easily change. That could be higher build costs as we are experiencing now, or lower demand and possibly lower prices as most developers experienced in the aftermath of the GFC.

Council planning allows for significant townhouse development. In Auckland it comes under Suburban and Urban housing zones. These allow for up to eight two-level townhouses on a standard 900sqm site. The configuration for these sites seems to be almost universal with two standalone townhouses at the front followed by uncovered parking and then 6 terraced units at the back.

How do developers fund these projects?

At Squirrel, we are helping developers landbank their projects before kicking into more expensive development funding. Through our peer-to-peer platform we lend up to 70% LVR on a registered valuation and up to $2 million per project. Our pricing is typically a 1.00%-1.50% establishment fee and a 5.95%-6.95% interest rate, depending on the LVR.

In some instances, where developers have bought well and attained resource consent (and a valuation uplift) prior to settlement, we have been able to fund land with as little as 10% cash deposit on the land acquisition.

When it comes to development funding, private lenders are often a better option than banks on these small projects. They are faster with less compliance, which reduces other project costs. More significantly, some of our private lenders will do up to 100% of the project cost which eliminates the need to use JV (joint venture) partners and split profits.

We recently funded a project at 100% with some mezzanine funding in place as well. The additional funding cost from having minimal capital was $150k versus $500k if they had profit shared with a JV partner. The developer is turning $150k of funds into close to $1m.

This is no small job. To get 100% funding requires a rock-solid project.

The first step is securing the land ideally with a 3-month to 6-month settlement timeframe to give you enough time to get resource consent. We can landbank your project at this point. Development funding will kick in once you have enough unconditional presales to cover the funding, have building consent and a fixed price contract with a builder.

For property development we directly charge a fee of between 0.60% and 1.00% for our services depending on a developer’s experience. This fee covers the arrangement of an end-to-end funding solution from pre-development landbank to the development funding itself. The total cost of funding projects like this is around 8%-10% of the total project cost. We currently have over $100 million of these projects underway.

Within our business we have personally done over $100 million of projects ourselves. If you want to discuss development funding with advisers that can walk the talk, get in touch with myself: john@squirrel.co.nz or Vicky: Vicky.xi@squirrel.co.nz