NZ Property | Where to for house prices? 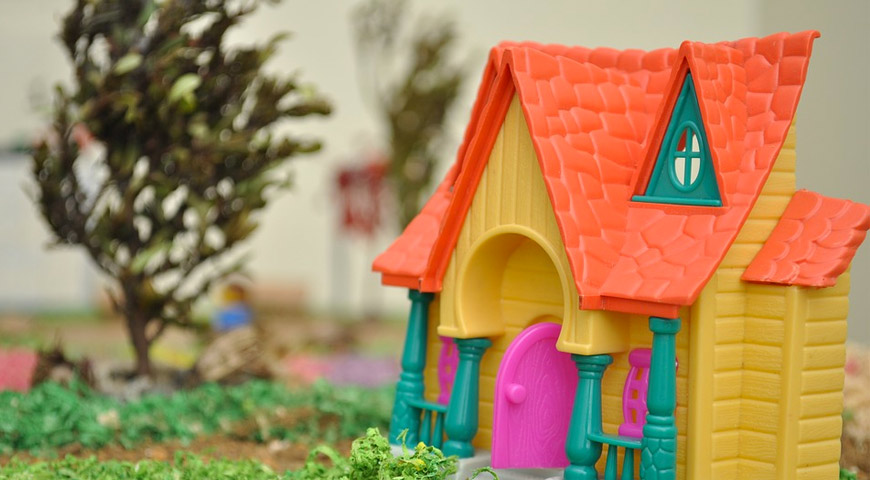 Will property prices fall in New Zealand? Is now a good time to buy? Is property a good investment and where should I buy? My overarching view of property is that it is a great investment because of long-term population growth, desirability and scarcity. Like any asset it will have periods of being under- or overvalued. But unlike other assets, property is not just a rational investment. It is also a home. Property isn’t homogeneous. It exists in a series of micro-markets that will respond differently to economy. Even when prices are generally tracking down, the price in some suburbs goes up! Property is also illiquid. In a slow market it becomes hard to sell. And unlike shares you cannot sell off small portions of your property. As such the property market tends to react slower (and arguably less severely) to the economy than shares.

It is hard to argue anything but. My view is that property has been over-valued and prices will fall. Much of the fall has already occurred in the provinces and with coastal property. In my opinion the city fringe (and classic rental markets) is where we are still to see the greatest decline in prices. However, I also think that New Zealand has unique attributes which mean we will not see the massive declines of parts of the United States or in Europe. My view is that overall property prices will fall 10% - back to 2008 levels - and then stay fairly static for the next decade. Real estate agents will tell you property prices double every 10 years based on their experience of the last 10 years. The problem with this assertion is that we are at the end of the biggest consumption boom in modern history so the last 10 to 20 years are not an accurate indicator of what lies ahead. Our biggest ever economic boom was brought about by Baby Boomers (the biggest generation ever) peaking in terms of productivity and disposable income. (See www.hsdent.com.)  In a New Zealand context, a large portion of that Baby Boomer disposable income went into buying investment property, but also new kitchens, cars, boats etc. Back in 2005 and 2006 when I was still banking, 40% of new home loans were going into investment property. This period is coming to an end. As Baby Boomers head to retirement we will be faced with lower demand. Generation X is smaller, so it doesn't have the spending power to maintain current levels of consumption. This weaker consumption will impact on businesses – and therefore on employment and ultimately property. What we saw in 2008 and 2009 is set to continue for at least another three to five years, which is not good news for businesses that are struggling. I expect to see more retail businesses go to the wall and much more emphasis on productivity. In layman's terms productivity means higher unemployment! A lack of confidence will ultimately put downward pressure on house prices – and a change in confidence can happen almost overnight. "Confidence" is why the big real estate industry spends so much time talking up property, sometimes to a ridiculous level. It’s also why you will never hear what I'm saying from a bank economist. As we saw in 2008, if buyers get spooked they will just sit on the fence and house prices will fall. The interesting dynamic that counteracts this is that if sellers do not need to sell, they’ll also just sit on the fence so prices have a degree of inertia.

How far do property prices need to fall?

New Zealand and Australia are often identified as two of the most overpriced property markets in the world. The debate now is over how far property prices need to fall. In 2008 some commentators were forecasting a 40% decline in property price over the next five years. Most forecasts now have prices dropping back 5% to 10% although I read today that Tony Alexander at BNZ think property prices will increase. A 10% fall would see prices down around the same level as early 2009. Not surprisingly the surge in prices and sales volumes we saw at the end of 2009 came and went. As we said at the time, it reflected pent-up demand in the system as everyone who had sat on the sidelines came back into the market.

The New Zealand Household Debt-to-Income ratio is often cited by economists to help understand “fair value.” On this basis property prices would need to fall 30% to get back to historic averages. Scary! I’ve seen a number of comparisons of debt-to-income multipliers. The myth is that first home buyers are borrowing five to eight times their income, which is utter nonsense. Our first home buyers are borrowing between three-and-a-half and four times their income. Yes, that is still high by historic standards. The question is: Has this indebtedness increased due to easy access to credit?  Or has it increased due to changing demographics and priorities?  I think both. Backward-looking analysis of household income-to-debt ratios has its weaknesses. It doesn’t allow for:

I’d hypothesize that the changing make-up of households and the relatively new “modern professional couple” has resulted in a greater skewing of income. This has helped push up prices in many of the inner-city suburbs (Ellerslie, Onehunga and Kingsland are a few Auckland examples).

A large part of the property boom was fuelled by easy access to credit. 100% mortgages, ‘low-doc’ mortgages, and loose credit criteria allowed a much wider pool of people to buy property. Since the credit crisis, banks have restricted access to credit and this is the single biggest handbrake on property prices.  Now home buyers face tougher criteria:

The impact of this tightening from the banks is hitting the apartment market, coastal, provincial, blue-collar suburbs and investors.

The depreciation changes in the budget were to give a light nudge to property investors, without tipping out the bathwater. I suspect the muted response from the Government acknowledges that we can ill-afford the property market to drop too far (after all about 70% of our entire wealth is locked up in it!). The removal of depreciation puts more focus on the fundamentals on investing (i.e. cashflow.) However the biggest nudge has come from the banks and tighter credit criteria. Successful property investors need to be more focused on yield and cashflow-positive properties. This will help put downward pressure on investment property prices and upward pressure on rents.

There are a lot of forces working against property prices, but I think we are unlikely to see a collapse.  How is that? I’ll start by saying that with so much of our wealth tied up in property, the Government and the population generally has a vested interested in ensuring property prices stay stable. If you overlay the leaky building issue, then stable prices become even more important. You can expect the Government and the Reserve Bank to support the property market. Homeowners can generally afford their mortgages at current interest rates, so for the market to crash something would need to change.  For the market to collapse we’d need to see a marked increase in unemployment and/or a significant increase in business failures and/or higher interest rates. (Also see this previous post on the difference between our property market and the United States) I think we are unlikely to see too much unemployment because of the nature of what we produce (food, commodities) and because of our proximity to Asia which is still growing. There are also some unique attributes to New Zealand which set us apart:-

The Mercer Survey on the best cities in the world came out last week and Auckland was 4th= with Vancouver. Sydney was in 10th spot, Wellington 12th and Melbourne 18th. Scattered amongst these were a few German and Swiss cities. The difference between the antipodean cities and the German and Swiss cities is that the European cities have no population growth. There are two factors that I think support higher property prices: the first is population growth and the second is “value.”  Value is a much broader measure than household income. To illustrate, why are Asian families prepared to pay a premium to buy in Grammar Zone? In my mind New Zealand is a “lifestyle” destination for immigrants. Lifestyle is also ingrained in the Kiwi psyche. Let’s face it, Kiwis don’t come back from overseas for the money! If Kiwis put immense value on their piece of dirt; they don’t have high wealth ambition; they have a lack of alternative investments; and they are likely to inherit property from family, then are we really that surprised that Kiwis throw everything into property?

We will see a soft property market for some time with an overall downward trend in property prices for the next two to three years.  We will likely see prices down 10% to 15% from their peak.  Within the overall picture, however, there will be over- and under-performers. I’d stay well away from low-yielding rental properties unless they are in high-growth suburbs – and even then I’d be cautious. My opinion is that blue collar suburbs will see the biggest price falls due to tight credit criteria, employment risk, and a high concentration of property investors.  If you are buying cashflow-positive properties then who cares about prices! Coastal and provincial areas have fallen 20% and prices will likely stay suppressed for the foreseeable future. There might be some reprieve for coastal property as baby boomers retire out of cities. With growth areas, less competition from other buyers might make it easier to get a foot in the door and at a reasonable price, but don't expect prices to fall much. There are some good buying opportunities out there now, and this will only improve over time. What I like now, more than in 2008, is more quality properties on the market, and therefore greater choice. It is definitely a buyer’s market. You do not need to rush into buying and you should be prepared to wait for the right property at the right price.