The making of Alan 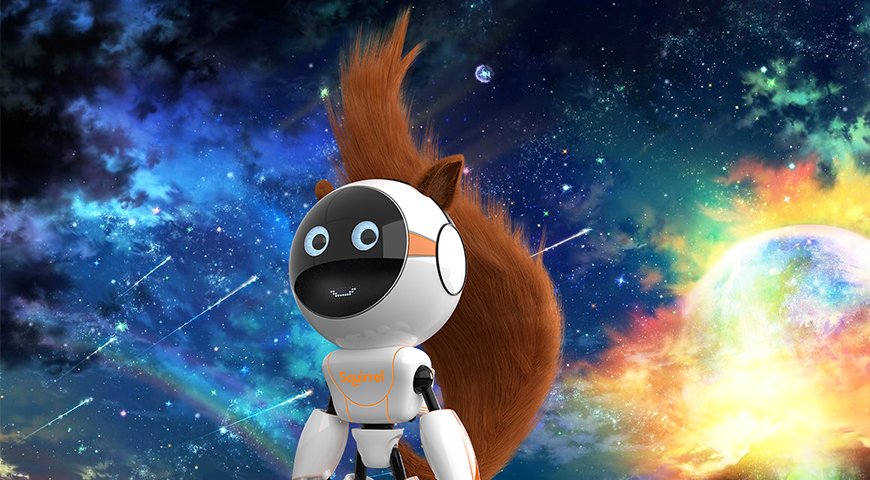 So we’ve recently invested in the first ever artificially intelligent chatbot developed especially for the first home buyer market. And we’ve called him Alan.

Why Alan? The reason is actually as random as it first appears. JB watched a BBC wildlife documentary ad on YouTube featuring a marmot named Alan (yep, that’s right Alan wasn’t technically a squirrel) and somehow the name stuck. His middle name is Neo, a nod to the character in The Matrix, which goes along with our brand philosophy of offering people the red pill - the truth.

In case you haven’t seen him yet, Alan is a robot dressed up as a squirrel, who lives on squirrel.co.nz and in Facebook (search Alan Squirrel) and he’s been programmed to answer most of the typical queries that first home buyers have such as whether they can afford a mortgage and what are the latest interest rates. He also has a few hidden gems in there, some jokes and even a collection of questionable photos but you have to ask the right questions for him to reveal them. ;)

Alan’s pretty social, having profiles on Instagram, Twitter, LinkedIn and even Tinder. We had a lot of fun figuring out how Alan looks, sounds and even deciding how tall he is (he’s around waist-height on most people).

When it came to getting Alan up and running though, this was where the real fun and games began. We engaged the help of the fabulous AMBIT, AI specialists. Each and every word uttered by Alan had to be programmed in and he’s had to learn how to respond appropriately to as many questions as possible. There were many, many spreadsheets full of text strings. Of course the nature of AI is that he learns as he goes along, so the intention is that if you talk to Alan now and then again 3 months down the line, you’ll get a more sophisticated experience altogether.

To say that in the beginning, Alan had some trouble is an understatement. 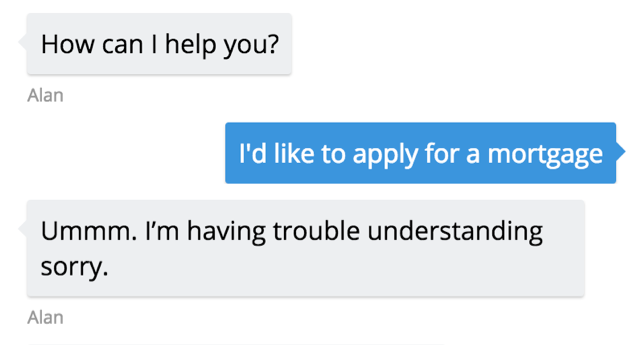 Even the most basic of requests was beyond our newborn bot’s comprehension: 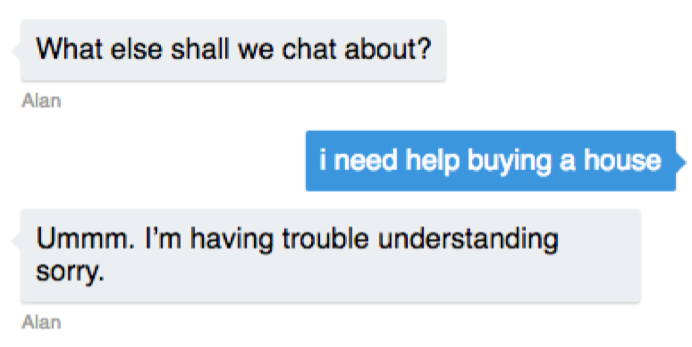 We got stuck in endless loops with no way out:

Alan told us his favourite food was music: 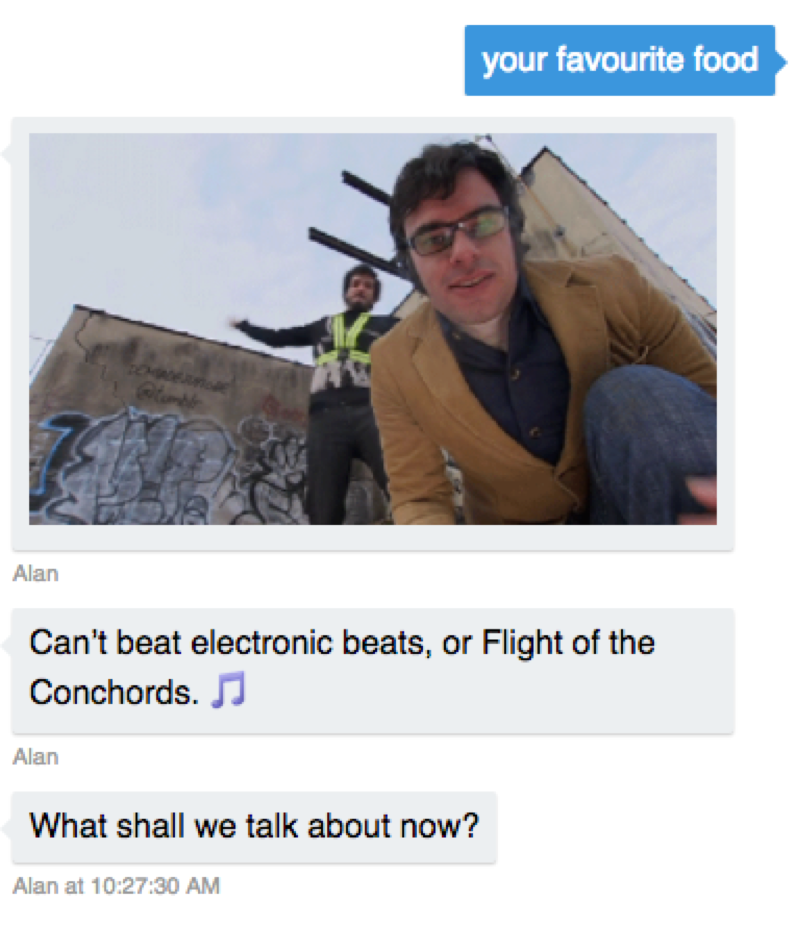 His favourite drink was a TV show… 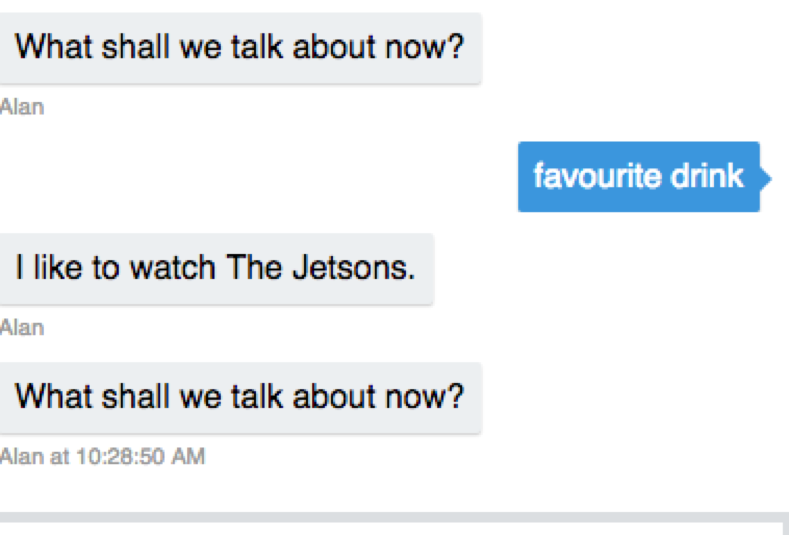 And his favourite movie was…also music… 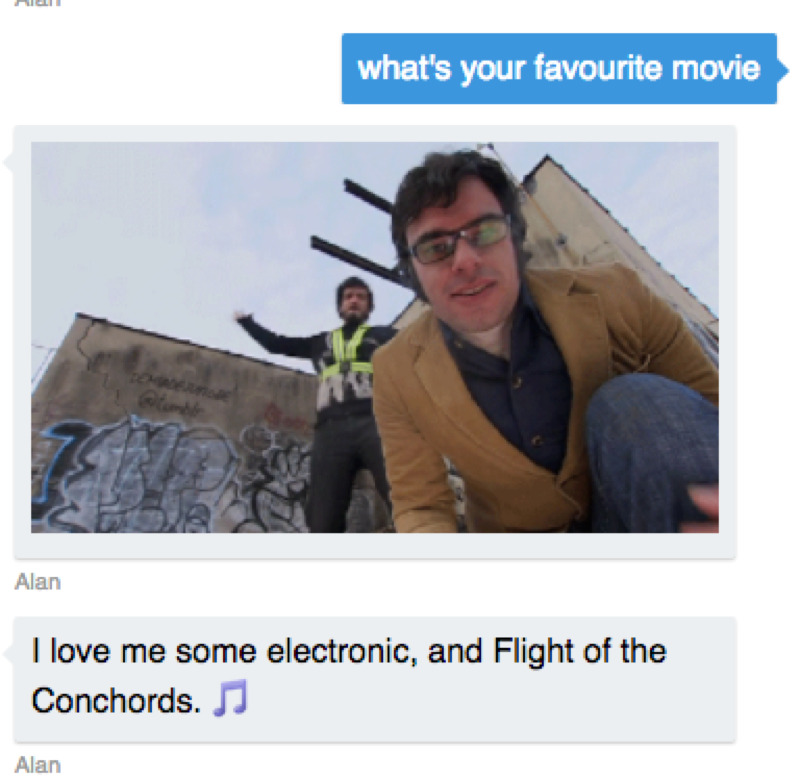 Sometimes, it was easy to figure out where Alan went wrong. And other times, he really did seem to have a mind of his own: 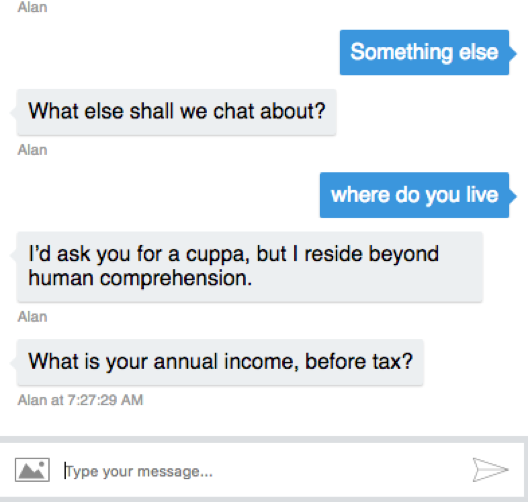 The plan down the line is for Alan to learn enough to be able to help not only with first home  buyers but with other financial enquiries like investing in property and peer to peer lending but this is a little way off yet. 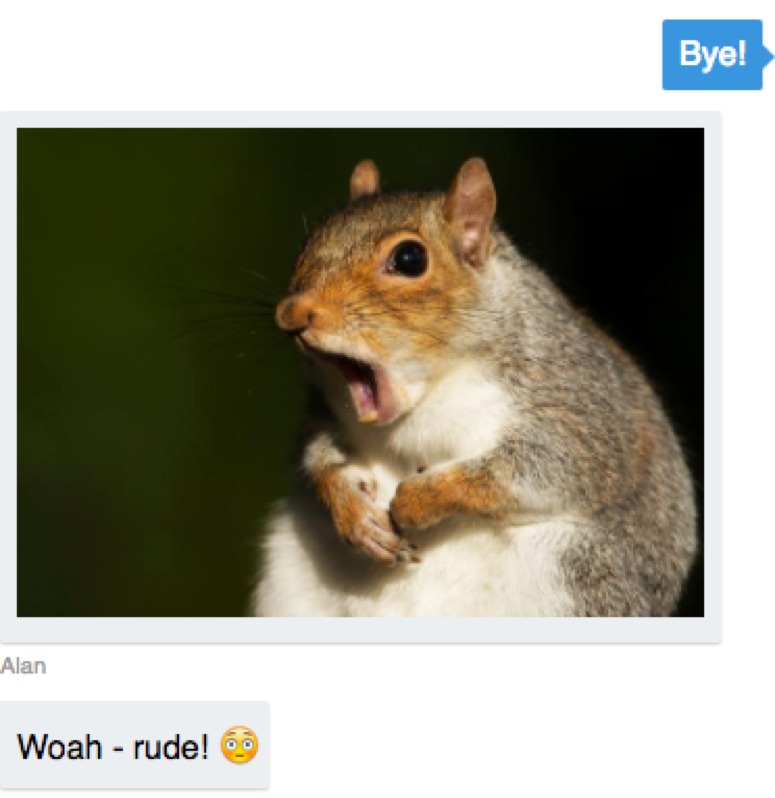 Want to see how he ended up? Chat to Alan now.